Choosing a Back Up Gun 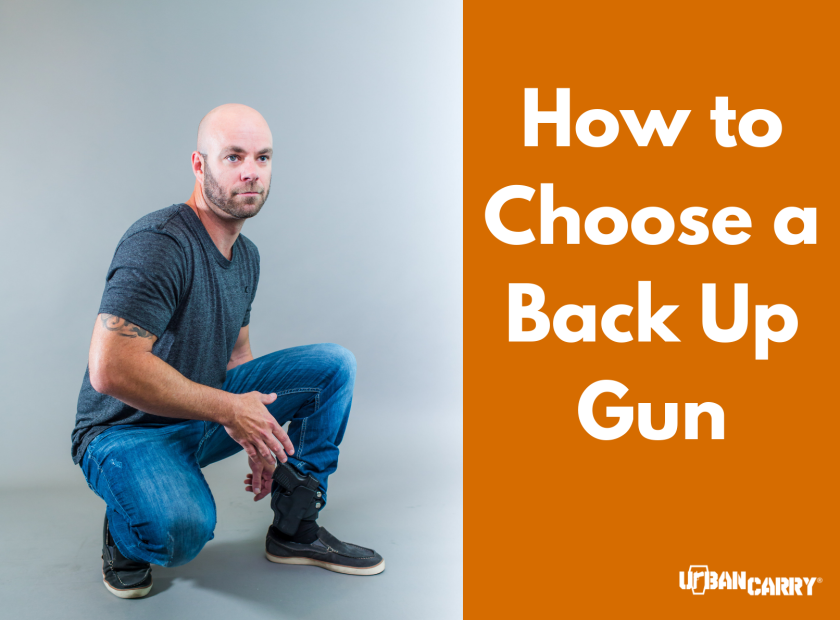 Choosing and Carrying a Back Up Gun

A back-up gun, or BUG, is an important consideration for every responsibly armed citizen. In most cases, the term “back-up gun” refers to a concealed weapon that a person will carry on their body as a back up to their primary concealed carry weapon. Back-up gun can also refer to a gun in your home, car or workplace that serves the same purpose of providing protection if the primary gun fails or is inaccessible.

Other people question why a person would need more than one gun for personal protection, so let’s answer that right off the bat. In a violent self-defense scenario, there are a couple things that can go wrong that would prevent you from utilizing your primary weapon.

First, your primary weapon may malfunction. If you’re familiar with Mr. Murphy and his infamous law, then you know that the worst time for something to go wrong is exactly when it will. If you find yourself holding 30 ounces of metal and plastic with the terminal ballistics of your throwing arm, you’ll want the back-up gun.

Second, your primary weapon may be inaccessible for a couple reasons. It may be that your strong arm is incapacitated, and you carry your primary in a position that you’re unable to draw it with your weak hand. It could also be that your primary gun gets lost in a fight or when you’re fleeing, leaving you with just your fisticuffs unless you carry a back up.

That being said, carrying a back-up gun or back-up to the back-up is really a personal choice. Some people prefer to carry one firearm, with as many magazines as they can carry. Others simply put a sub-compact in their pocket with no spare mags and call it a day. This decision comes down to preference and training, but for the sake of this article, let’s say that it’s a good idea to carry multiple guns and find out why.

We’ve already covered some reason why having a BUG is important. There’s a popular military maxim that states, “Two is one, one is none.” Building redundancies into your personal protection plan is critical, because things simply don’t work out like they’re supposed to.

When we’re considering a back-up gun, there’s more that goes into the decision than just buying a small gun that conceals easily. We want to make sure that our primary and secondary guns work well together, and that we’re going to be able to carry both firearms consistently.

Many people stop carrying their primary weapon in favor of a smaller gun due to comfort. If this is the case for you, then it may be time to reconsider the gun you’re carrying as you’re primary and figure out a way to carry more than one firearm.

A critical factor in your BUG choice is going to be ammunition and magazine interchangeability. For example, if I carry a Glock 19 as my primary concealed carry gun, and a J-frame revolver as my back-up gun, I won’t be able to use the same ammo (unless you carry a revolver that takes 9mm for you nitpickers) or reload with my Glock mag. On top of that, the basic weapon functions are different, and while this may not seem like a big deal, it takes additional training to master two types of handguns versus one.

On the other hand, if the Glock 19 is my primary, but I carry a Glock 26 as my backup, I can interchange ammunition, magazines and even parts in some cases. The training for the two guns will be the same; reloading drills, malfunctions training, etc. will crossover between the two guns. You can even keep or put the same sights on them so that’s the same regardless of gun.

In this example, the Glock 26 is a very complementary gun to the Glock 19. My training gets simplified, ammunition choice is easy, additional magazines are in abundance and overall I really have a secondary gun that can serve as a primary gun if I was to lose my primary weapon.

If we wanted to really go out into the weeds, here’s a possibility for the ultra-prepared:

As a primary firearm, you could carry a full-size Glock, maybe the 17 or the 34. As a secondary weapon, you can carry the Glock 19 or 26, and as a final back-up gun, you might carry another Glock 26. Along with these three guns, you’re also carrying two or three spare magazines, Glock 17 size so they’ll work in any of the three models.

That is the ultimate in redundancy, unless perhaps you have in your trunk a carbine that accepts G17 mags. Now, is that feasible for most people? Probably not. That’s a lot of extra weight to carry around, and for people not doing a study abroad in Antarctica it makes getting dressed a bit of a chore.

But, carrying a Glock 19 with a Glock 26 and one spare G19 magazine? That’s a lot more doable, and a very practical method of carrying.

Maybe Glocks aren’t your thing, and that’s fine; this theory works with many other guns, too. If you’re a 1911 fan, then you could be carrying a Government or Commander as your primary, and an Officer size 1911 as your secondary. You can use the Government mags in the Officer (in most cases – rumor has it that 1911s are picky with their magazines), and the function of the gun is still the same.

You get the idea here: your main gun and your BUG should be able to work together to provide you with greater options for defending yourself should the need arise.