Constitutional Carry: What Is It? 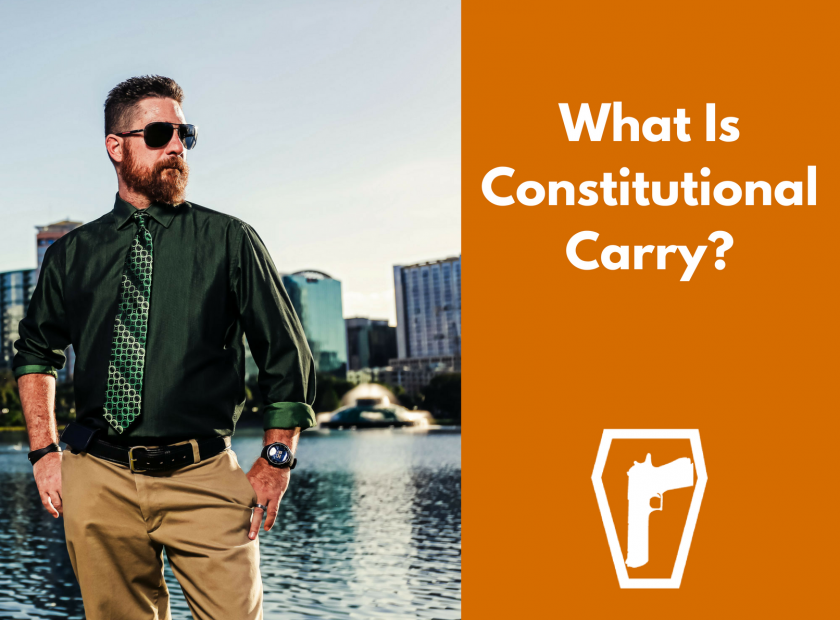 What Is Constitutional Carry?

“Constitutional Carry” is a term frequently used in the firearms community of the United States. It affirms that Americans are allowed to carry a firearm, either concealed or openly, because the 2nd Amendment of the U.S. Constitution gives the American people the right to keep and bear arms.

What are the downsides to Constitutional Carry?

Many people ask, “Is Constitutional Carry bad?” The answer depends on a few factors. First, if you live in a state that allows Constitutional Carry, but you choose not to obtain a concealed carry permit or the state does not have a permit system, you can run into a couple of problems.

For instance, in states that allow anyone to carry a firearm, there are many private sales that take place where there is no background check done to make sure that person can legally own and carry a concealed firearm. Obviously, this can lead to problems, and may be one reason why Constitutional Carry has not been legalized nationally.

Other states allow people to carry any gun that they are the registered owner of, meaning that they’ve gone through a background check. Even if your state allows complete Constitutional Carry, meaning you could buy a gun from a friend and immediately start carrying that firearm as a concealed weapon, that doesn’t mean you should. Really, going through the process of earning a concealed weapons permit or license doesn’t give you a “get out of training” pass.

Whether you’re required to have a permit or not, you still need more training – you will always need to train if you intend to carry a weapon for self-defense, or to defend your loved ones or property. Ideally, everyone who carries a firearm would be consistently training, preferably learning skills from a qualified, experienced trainer and then practicing those skills outside of the class as well. However, we all know that simply isn’t the case.

In fact, most people who carry a concealed firearm have never taken a class past their initial permitting class, and it’s probably safe to make the same statement about those who carry without a permit. There’s no excuse to stop training, especially with all of the incredible digital resources available now. Tools like the Urban Carry Virtual Reality Trainer, programs like SOFLETE’s Shooting Program and the USCCA’s Digital Training Program are all great options.

There are also plenty of YouTube instructional videos out there, but it’s hard to be sure whether many of these individuals are qualified to be teaching. John Lovell is a good source, as are the guys over at Panteao.

Hopefully those new to carrying a gun for self-defense would find themselves around people who would encourage proper training and be able to refer them to a good class, even if Constitutional Carry is allowed in their state. While it’s common sense that someone needs training to carry a firearm in public, it’s also the responsibility of the gun community to help those who are newcomers to this lifestyle.

Remember, it is a lifestyle, and not just because of the type gun you carry or the t-shirt you wear, but because of a dedication to vigilance, personal mastery, and the defense of self and others. There are some in the firearms community who believe, and proclaim their belief to all who will listen, that if you can legally carry a gun, just do it and you’ll be fine.

This is an incredibly irresponsible belief, and usually goes along with a sizable chip on the shoulder – something that does not mesh well with firearms ownership.

If you’re reading this, as a person new to concealed carry, you can always reach out to us with any questions you may have, and we’d be happy to direct you to some great resources to get educated.