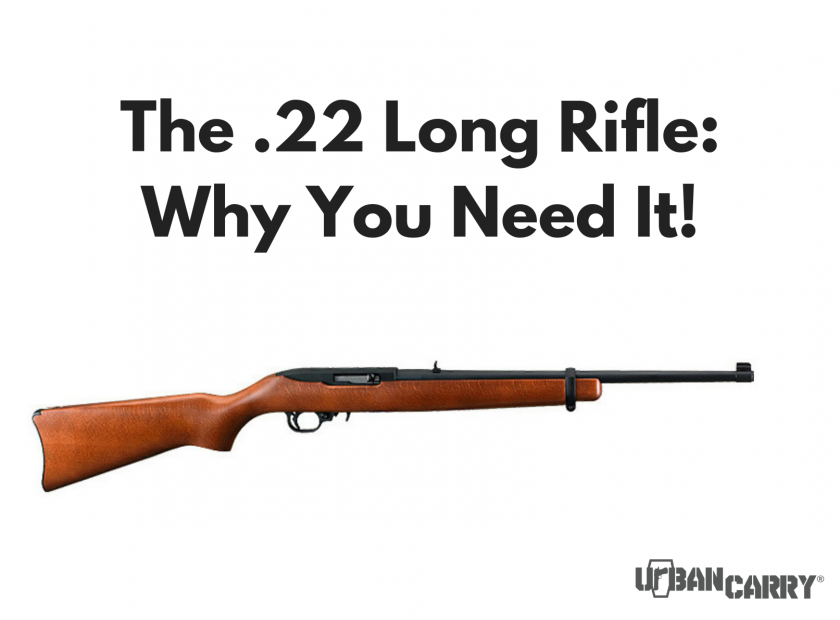 The .22 LR: Classic Caliber For A Reason

Many first time gun owners buy a handgun for self-defense, and for many of these people, their gun collection ends there. Not that there’s anything wrong with only owning one gun, but there is a caliber you should really consider adding to the safe: the .22 Long Rifle.

Firearms enthusiasts the world over have grown up shooting this round, from learning the basics of marksmanship, target shooting, and hunting. The .22LR is a versatile round that is cost-effective, easy to learn on, and is available in many platforms.

You can find pretty much any variation of .22LR platforms: Modern Sporting Rifles, handguns (both semi-automatic and revolvers), lever & bolt-action rifles as well as traditional semi-auto rifles like the incredibly popular Ruger 10/22.

Just within the handgun platform, there are revolvers, striker and hammer-fired pistols available, along with target models and unique pistols like the Ruger Charger that can be used for hunting varmints and other small game.

One of the major benefits to having more than one .22LR firearm is that you’re able to use one round across multiple guns. This makes buying in bulk an easier choice, and being that .22LR is a very affordable round, you won’t have an excuse to not train and be prepared.

Speaking of training, that’s another check in the “Pro” column of the .22LR: increased training and carryover. Let’s say you want to improve your shooting with an MSR platform. Well, if you’re shooting .223 or .308 out of that gun, putting hundreds of rounds down range quickly gets expensive.

However, with a .22LR conversion kit, you can shoot .22 out of the same rifle at a fraction of the cost. Now, the recoil may be a bit different especially if you’re shooting .308 normally, but you’ll have great time behind the trigger.

Practicing the fundamentals when shooting .22 is a great way to hone your ready up presentation, target acquisition, trigger control and body positioning. Then, when you transition back over to your regular caliber, your fundamentals and muscle memory are vastly improved, and your wallet is happy, too!

The cost effectiveness, low report and low recoil of the .22LR round makes it a superb round for training beginners, too. Anyone getting started in shooting would be well advised to start learning on a .22 rifle or pistol. If they’re training for self-defense, finding a .22LR conversion kit or model of the firearm you want to carry is actually pretty easy.

There are a lot of conversion kits out there that make it a snap to go back and forth between calibers. This way, you can practice maneuvering, drawing and shooting with your everyday carry gun, while getting used to the basics of shooting such as proper grip, stance and sight picture.

On top of all these benefits, the .22LR has to be the ultimate SHTF/survivalist round. You can buy thousands of .22LR rounds for a reasonable price, and a variety of them as well – hollow points, high velocity, rat shot, the list goes on but that variety makes the .22 very utilitarian.

While hunting big game with a .22 is illegal in many states, you can harvest all sorts of smaller game such as squirrels, rabbits and birds with a .22. You can also control pest animals such as snakes and mice using rat shot. In an end-of-the-world type situation, you could hunt larger game such as deer with a .22LR and even use it for self-defense.

Using a .22 for self-defense may not be the best choice; a minimum caliber of .380 is usually recommended. That being said, shot placement is almost always more important than caliber, so if .22 if what you have and what you’re trained on and comfortable with, then use it! It would be better to have three to five shots of .22 placed accurately in the same time it takes to shoot one to three 9mm or .45 rounds inaccurately.

There are a lot of firearms chambered in .22LR, and plenty of conversion kits. Let’s take a look at some of the most popular .22 platforms out there.

This is probably the most popular .22LR firearm on the market today. The 10/22 offers unparalleled reliability and modularity. You can fully modify it into some sort of tactical plinking nightmare, with a folding stock, bipod, red dot sight and suppressor – great for all of us backyard commandos. The Takedown 10/22 is a perfect trunk or camp gun, breaking down into two pieces, making it easy to store and transport. If you’re going on an off-the-grid camping trip that requires you to hike in, or are some sort of bush pilot, the Takedown model is a perfect match.

The Ruger Mark series of .22LR pistols are an absolute dream to shoot and a fantastic entry point for semi-automatic pistol shooting. You really couldn’t ask for a more versatile target shooting or pest control pistol, especially in the Mark IV, the most recent model in the series. With an ample Picatinny rail and plenty of aftermarket accessories, you can turn the Mark IV into a dream gun. Many people have passed down the earlier Mark pistols, having them in the family for decades already.

Remember Annie Oakley? This was her gun of choice. This lever action rifle by Marlin was first produced in 1891, and is the longest continuously produced rifle in the world! Unlike more modern rifles, the 39A is a tube-fed gun, so that does limit magazine capacity when compared to the 10/22, which can take a 110 round drum, but depending on which version of the 39A you’re looking at, there’s a capacity of 26, 21 or 19 rounds. The 39A works with .22LR, .22 Short and .22 Long rounds, making this a very versatile gun with a proven record of success. Aesthetically, it’s a beautiful gun that looks great in any collection, and can become an heirloom piece.

These two hammer-fired, semi-automatic pistols are almost identical, and they’re both fantastic for training, plinking or even small game hunting. Both the P22 and the SR22 have a magazine capcity of 10 rounds, and both offer long-slide versions for those more interested in target shooting. Both the Ruger and the Walther have an accessory rail on the frame, so adding a light or laser is easy. The one benefit of the Walther P22 over the Ruger SR22 is that Walther has another pistol series, the PPQ line, that comes in both .22 and 9mm, so the training/carry switchover is even easier. The P22 ergonomics are pretty much like any other Walther pistol, so it makes a great beginner/training gun if you plan on carrying Walther.

If you’re looking for a modern sporting rifle chambered in .22LR, this is it. With this gun, you can train the exact same way as with a regular AR-15 variant. Grip, mag changes, malfunction drills, tactical movement, everything can stay the same – the only thing that’s different is the cost. The M&P 15-22 Sport base model has an MSRP of $449, and compared to the regular M&P Sport chambered in 5.56/.223 which costs $749, the 15-22 gives you a lot more money for ammo. Which, of course you’ll be able to buy a lot of because you’re buying .22 instead of .223.

When you’re looking at .22 LR caliber firearms, you have a pretty wide variety of options and there may be more than one gun that fits your needs. A good starting point is a rifle in .22LR – whether you go with an MSR style rifle or a traditional rifle like the 10/22, a rifle is a great choice for a .22 gun whether it’s for training, hunting, plinking, survival or some combination of all of those.

You can’t go wrong adding a .22 LR firearm to your collection, and depending on what you want to do, you may end up buying more than one. The great thing is they can all use the same ammo, and will help you train on basic firearms and marksmanship fundamentals.